If you’re like us, you may be wondering how our forest friends made out during the snow and ice this week. Luckily, we will likely see and hear many of them moving about as the temperature rises. Find out how birds, squirrels, and reptiles survive harsh winter weather.

Our feathered friends are built for surviving undesirable weather. First, they locate appropriate shelter. Typically, songbirds like cardinals, finches, and blue jays will seek out patches of thick vegetation, like brambles, briers, or grape vines. Conifers or ivy-covered walls work well as shelters, too. Other birds, such as woodpeckers, wrens, and nuthatches, will search for cavity-like shelters similar to their nests. These are microhabitats selected by the birds to protect them from wind and precipitation, meant to only last for a short time.

Additionally, birds have very high metabolisms, thus high body temperatures. The average body temperature of a bird is approximately 105 degrees Fahrenheit. Their feathers, of course, are a great source of insulation. Feathers can trap cold air and prevent it from reaching the skin, and many birds grow extra feathers during the winter. There’s an oil that covers feathers and provides added warmth as well, and, as a last option, some birds will fluff their feathers out to create warm air pockets.

As these backyard birds take flight following harsh winter conditions, you can help them recover by providing fresh seed and clean water. Don’t forget Warren’s keeps a stock of wild bird seed and feeders year round.

Eastern fox squirrels and eastern gray squirrels are tree squirrels common in southeast Texas. These furry friendly rodents have developed strategies to survive all types of weather, including freezing temperatures. Despite common belief, tree squirrels do not hibernate during winter. However, they do reduce activity and spend more time resting in their burrows. Aside from building up body fat and creating food stores in the burrows, they also have a unique tactic to gather food.

In the fall, the gray squirrel collects nuts across a wide area, also known as “scatter hoarding”. It bites and licks each nut, leaving its scent before burying it. The squirrel retrieves the buried nuts throughout the winter using memory and its keen sense of smell.

Aquatic frogs must hibernate near oxygen-rich water. They spend most of winter lying on top of mud or partially buried. They may even slowly swim around from time to time. Terrestrial frogs, on the other hand, hibernate on land.

Some are great at digging and burrow deep into soil, far below the frost line. Frogs not adept at digging find deep cracks and crevices in logs or rocks, or dig as far as they can in leaf litter.

Sometimes frogs freeze along with their surroundings, but – amazingly – they don’t die! Strangely, ice crystals form in the body cavity, bladder, and under the skin, but a high concentration of glucose in the frog’s vital organs prevents freezing. A partially frozen frog will stop breathing and its heart will stop beating. But when it warms up, the frog’s frozen portions will thaw, and its heart and lungs will resume activity.

Snakes are seen frequently in our area from spring to early fall. Many people mistakenly assume snakes hibernate, but that’s not always true. Since southeast Texas can experience extended warm stretches during winter months, some species are known to move around, especially if they’re in a location that warms quickly with sunshine.

Snakes become less active during the winter thanks to an extreme slowing of their metabolism known as “brumation”. They are awake, but lethargic and mostly inactive. In the fall, snakes return to the previous year’s den. Several species may share the same den. For example, black rat snakes, timber rattlesnakes, and copperheads commonly den together with as many as 100 snakes in a group.

Aquatic turtles dig into mud at the bottom of a pond or stream to hibernate. Its metabolism slows so drastically that it can sustain life even with the limited oxygen supply available in the mud.

Cold-blooded animals like snakes, fish, frogs, and turtles must become inactive during the winter because they have no way to keep warm. 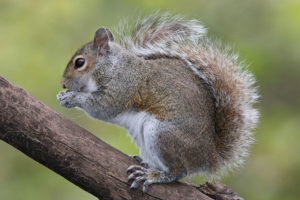